Time in a bottle: Evolution unfolds through 68,000 bacterial generations at MSU 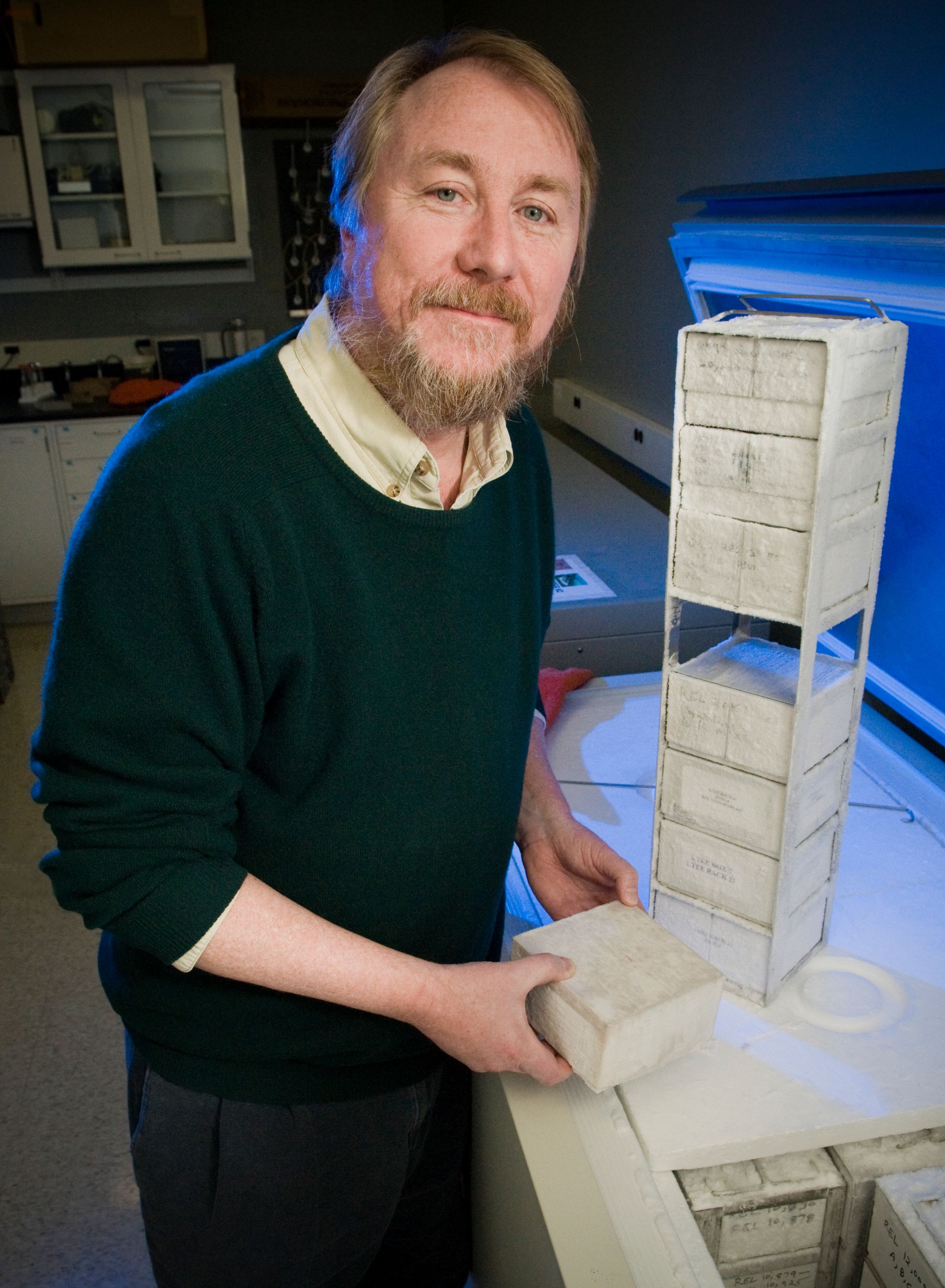 MSU is admired by scientists and science fans alike for the remarkable Long-Term Evolution Experiment (called the "LTEE" for short).  The experiment was started 30 years ago by Richard Lenski, the John Hannah Distinguished Professor of microbial ecology at MSU.

In 1988, Lenski started an experiment with 12 populations of Escherichia coli (E. coli) bacteria—all starting with the same ancestral strain and all living in identical environments—to see just how similarly or differently they would evolve.

“Evolution is like a game that combines luck and skill, with mutations providing the luck of the draw, and natural selection evaluating the fit, or skill, of the organisms,” Lenski said. “I’ve always loved games that combine luck and skill, and I thought that bacteria could teach us a lot about the interplay of mutation and selection in evolution.”

Lenski wanted to keep the experiment going for at least a year, which would yield about 2,000 bacterial generations. Almost 30 years later, the experiment is still going strong. Lenski and his students have been carefully studying changes in E. coli as they have evolved and adapted over more than 68,000 generations—a duration comparable to more than a million years in human generations.

The LTEE has resulted in the publication of more than 75 scientific papers, including more than a dozen articles in the two leading journals, Science and Nature. These papers have documented profound changes in the competitive ability of the bacteria and in the structure of their genomes—findings that are now in textbooks, popular books by science writers and in the media, including The New York Times and National Public Radio.

“Microbial evolution has come to occupy a central position in biology for several reasons,” Lenski explained. “First, because they reproduce so quickly, bacteria and other microorganisms provide ideal systems for studying evolution. Second, microbes can adapt to changing environments—including ourselves, our antibiotics and our crops—with alarming speed and severe consequences for our health and well-being. Third, many microorganisms are vitally important in other ways—performing ecosystem services, eliminating wastes, and producing valuable products—and bioengineers are increasingly using the process of evolution to improve these services.”

Victor DiRita, Rudolph Hugh Endowed Chair in microbial pathogenesis at MSU, noted that LTEE inspires so much research, in part, through its iconic status and high quality, but also because the same processes of mutation and competition that are studied in the LTEE also underlie changes in these other settings.

“As in the famous line of Nobel Laureate Jacques Monod, ‘what is true for E. coli is true for the elephant.’” DiRita said. “So the LTEE is an opportunity to study fundamental and conserved aspects of evolution using a simple model system. Further, the findings are translatable to evolution of cells in many environments, including during treatment with antibiotics during human infection, or growing in the massive fermenters used for industrial processes.”

The LTEE has inspired countless young scientists in all areas of biology, including many researchers who work on problems critical for the health and well-being of people throughout the state, nation and world, including infectious diseases, antibiotic resistance, biotechnology and even cancer biology.

“Because of this long-term experiment, we now have unique data on how quickly strains change at the genomic level and how much genetic variation exists even within a sample,” Lenski said. “This study has become a landmark for understanding the evolution of other bacteria, in nature and in the clinic, as well as in the laboratory.”

Lenski has received numerous honors and awards for his LTEE work and other research—from a MacArthur Foundation Fellowship and election to the National Academy of Sciences, to the 2017 Friend of Darwin Award from the National Center for Science Education.

Long after Richard Lenski is gone, the LTEE will continue to provide a veritable gold mine of new scientific insights. However, the LTEE is a “go-anywhere” experiment, and other institutions will undoubtedly seek to lure it away from MSU. Given the rich history of the LTEE at MSU, we want to keep this landmark experiment here.

Private philanthropy is critical in ensuring that we make MSU the permanent home for the LTEE. To learn more about how to support this extraordinary project, contact Becky Jo Farrington, associate director of development for the College of Natural Science, at farring5@msu.edu.