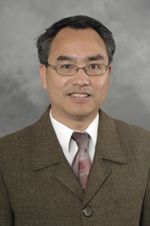 Dengue Fever, and associated dengue hemorrhagic fever, is emerging globally as the most important arboviral disease threatening human populations. Approximately 2.5 billion people are at risk of the disease and each year an estimated 50-100 million cases occur. Moreover, this disease continues to both expand into temperate climates and increase in severity. The virus is transmitted to humans by the mosquitoes Aedes aegypti and Aedes albopictus. In the U.S., Ae. albopictus is present in 36 states while Ae. aegypti is found in several southern states. Experience elsewhere in the world shows that the disease's occurrence usually follows where the mosquitoes are breeding. At the present time, no treatment or vaccine is available for dengue fever leaving vector control as the primary intervention tool. One such method is population replacement, in which natural mosquito populations would be replaced with modified populations that are unable to transmit the dengue virus. It is in this aspect that the endosymbiotic bacterium Wolbachia has shown great potential to be used as a vehicle for introducing disease-resistance genes into mosquitoes, or to directly reduce the mosquito's ability to transmit the pathogen.

Our long-term goal is to develop Wolbachia-based control strategies to block dengue virus transmission in mosquitoes. Toward this, we will identify factors that enable Wolbachia-based population replacement to succeed in a way that reduced vectorial capacity for dengue viruses. Specifically, we are interested in:

Our lab owns a state-of-the-art insectary and BSL-2 facility to work on dengue virus in both mosquito and cell culture. We have strong expertise in the functional genomic assay, including microarray, RNA inteference and mosquito transgenesis. Our lab is also one of the leaders on Wolbachia transfection via embryo microinjection.

Zhiyong Xi’s work with mosquitoes and Wolbachia bacteria was highlighted in MSU President's report. See the video linked here. Dr. Xi and his colleagues are developing strategies that bring us closer than ever to eradicating dengue virus transmission in mosquitoes.

If you are interested in our research and wish to apply for a postdoc position or pursue a M.S. or Ph.D. in these themes in medical entomology, please contact me.