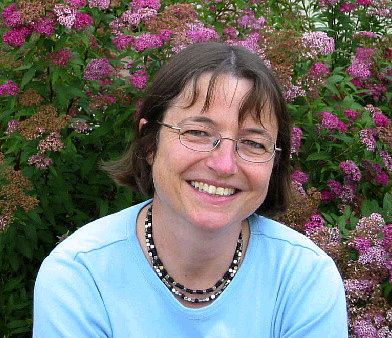 Research in my laboratory focuses on microbial metabolism as well as on engineering enzyme and microbial industrial biocatalysts for applications in biochemical and biomaterial production. We are studying the metabolism of the rumen bacterium Actinobacillus succinogenes, with the goal of engineering it for homosuccinate fermentation. We are also studying the metabolism of mature heterocysts in the filamentous, N2-fixing cyanobacterium Anabaena variabilis to determine which metabolic pathways produce the reducing equivalents needed for N2 fixation and H2 production. Our research on enzyme biocatalysts centers primarily on enzymes from thermophiles and hyperthermophiles. With their high thermostability and solvent tolerance, these enzymes are attractive candidates for industrial processes, which typically require catalysts that are robust, highly active, and have high chemical yields. These enzymes are also ideal model proteins to study the mechanisms underlying protein thermostability.

Thermophilic oxidoreductases as industrial catalysts. Dehydrogenases transfer an electron pair and a proton between a cofactor and a substrate. These enzymes could be used to produce many industrial compounds, but their applications remain limited to high-value products due to the high costs associated with cofactor regeneration. In collaboration with Drs. R. Mark Worden and Scott Calabrese Barton (both from MSU’s Department of Chemical Engineering and Materials Science), we have been using Thermotoga maritima glycerol dehydrogenase (TmGlyDH), which produces dihydroxyacetone (DHA) from glycerol, to demonstrate that dehydrogenase-catalyzed reactions can be driven by NADH recycling at an electrode surface. My laboratory characterized the general stability and kinetic properties of TmGlyDH to identify the best conditions for catalysis. We showed that TmGlyDH is active with NAD analog N6-carboxymethyl-NAD+ immobilized on Sepharose through a diamino linker, suggesting that the NAD analog can be immobilized on an electrode to allow TmGlyDH activity in a system that reoxidizes the cofactor electrocatalytically. DHA inactivates TmGlyDH at elevated temperatures. Work is in progress to identify the residues that are modified by DHA. Substitutions that stabilize TmGlyDH in the presence of DHA will be identified and combined in the same enzyme to increase TmGlyDH resistance to DHA inactivation.

Cell-specific gene expression and metabolic flux analysis in Anabaena variabilis. Filamentous heterocyst-bearing cyanobacteria are unique multicellular bacteria, in which two different cell types simultaneously perform complementary metabolic functions?oxygenic photosynthesis in vegetative cells and N2 fixation in heterocysts. Cyanobacteria are receiving serious attention as possible catalysts for the production of H2, biofuels, and other bioproducts. Filamentous cyanobacteria have been predicted to have at least a 100-fold higher capacity to produce H2 than unicellular cyanobacteria. The metabolism of filamentous heterocyst-bearing cyanobacteria?especially that of heterocysts?remains poorly characterized. Our main objective is to fill this knowledge gap by identifying which small molecules are transported between vegetative cells and heterocysts, how the two cell types are metabolically interdependent, and which metabolic pathways produce the reducing equivalents needed for N2 fixation and H2 production. Quantifying metabolic fluxes, including intercellular fluxes, in N2-fixing Anabaena variabilis filaments grown on 13C-labeled fructose should enable us to identify the main pathways that provide reductant for N2 fixation and H2 evolution. By contributing an exact blueprint of intracellular metabolism and intercellular transport in heterocyst-bearing cyanobacterial filaments, our project will help us understand how the two cell types can perform complementary functions.