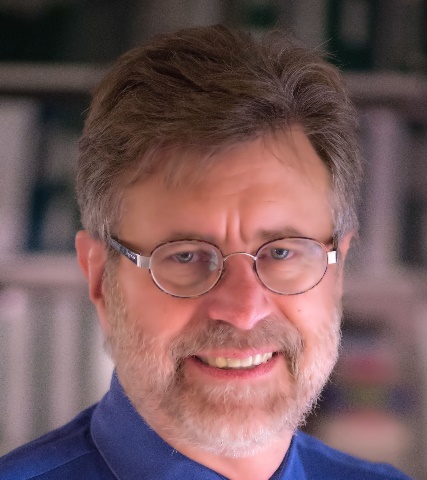 While genetically inherited susceptibility (genome) is universally recognized as the primary predisposing factor for AD, lifetime environmental exposures (exposome) can either potentiate or attenuate AD manifestation. NIH expert committees have identified two exposome components critical to AD onset and progression: 1) toxic stressors and 2) dietary factors. Regarding toxic stressors, crystalline silica (cSiO2, quartz), the most abundant mineral on earth, is an environmental toxicant etiologically linked to human systemic lupus erythematosus (lupus) and other AD (rheumatoid arthritis, Sjögren’s syndrome, scleroderma, systemic vasculitis. An estimated 1.7 million Americans are exposed to respirable cSiO2 from manufacturing, mining, hydraulic fracturing, custodial service, farming, construction and military deployment. Consistent with epidemiological studies, we have found that airway exposure of cSiO2 to lupus-prone mice markedly decreases onset time and increases disease. As to dietary factors, animal and clinical studies suggest consuming ω-3 polyunsaturated fatty acids (PUFAs) found in fish oil, most notably docosahexaenoic acid (DHA) can resolve inflammation and might benefit individuals who suffer from AD including lupus. Our preclinical studies have now taken a step beyond AD symptom reduction to AD prevention by showing prevention of toxicant-triggered autoimmunity with dietary DHA might be achievable. ω-3s are the most widely consumed nutritional supplement after multivitamins­­, taken by ~30 million. DHA consumption by adults up to 5 g per day is considered safe . Given public acceptance and safety of DHA, discovering how supplementation with this ω-3 can protect against toxicant-triggered AD could have enormous benefits for American health.

It remains unclear how environmental toxicants like cSiO2 trigger initiation and flaring of ADs such as lupus and how DHA supplementation could be harnessed to block such environmental triggering. This critical knowledge gap places an unnecessary AD burden upon toxicant-exposed individuals that could otherwise be potentially mitigated by developing relatively low cost prophylactic approaches based on optimized ω-3 supplementation. Using lupus-prone NZBWF1 mice, we have established a model that permits dissection of the countervailing roles of cSiO2 (potentiation) and DHA (attenuation) in initiation and progression of autoimmunity. We identified several immunological endpoints (e.g., proinflammatory cytokines, chemokines, and B cell differentiation factors) active in lupus that are increased by intranasal cSiO2 exposure and­­ -- much to our excitement -- are decreased dose-dependently by dietary DHA supplementation. Importantly, multiple endpoints inexpensively targeted by DHA are individually targeted by very expensive drugs approved either for or in clinical trials for lupus or other AD. An equally striking finding in our model was that cSiO2 exposure evoked formation of ectopic lymphoid tissue (ELT) in lungs that morphologically and functionally resemble secondary lymphoid organs (e.g., lymph nodes) and are likely to be a primary source of autoantibodies in bronchoalveolar fluid. Extraordinarily, dietary DHA supplementation dose-dependently blocked T and B cell infiltration and resultant ELT neogenesis in lung. This blockage may be intimately related to suppressed systemic autoimmunity and glomerulonephritis observed in NZBWF1 mice consuming DHA. 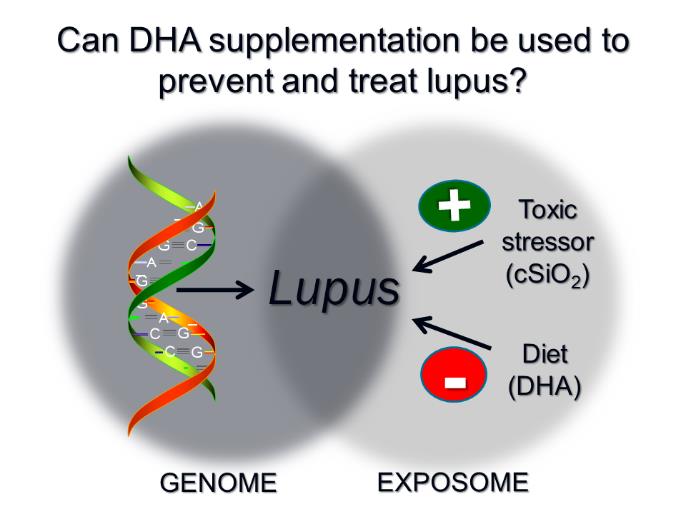 The goal of our research  is to elucidate the early innate immune/inflammatory mechanisms by which cSiO2 elicits autoimmune effects and how DHA interferes with these events. This project will be the first step toward a mechanistic understanding of how dietary modulation of the lipidome could be used to prevent triggering of lupus. This knowledge is essential to develop practical, low-cost preventative strategies to help individuals environmentally exposed to cSiO2 and potentially other toxicants to reduce their risk for developing lupus or other AD. It will further be relevant as an intervention for stopping flare-ups and slowing progression of existing autoimmunity . We also anticipate our studies will reveal potential benefits of ω-3 consumption on other pulmonary inflammatory diseases, such as silicosis, another understudied area. New knowledge produced by this research project could help decrease morbidity and mortality associated with toxicant-triggered inflammation and autoimmunity, and reduce health care costs related to lupus and other AD.

Publications by James J. Pestka, Ph.D. We have published over 280 articles in several journals including Toxicological Sciences, Toxicology and Applied Pharmacology, Toxicology, Journal of Nutrition, Journal of Nutritional Biochemistry and Journal of Food Protection. A recent Web of Science Citation Report indicates our h-index is 55. Dr. Pestka ranks first in the number of Papers among 9,727 authors in mycotoxin field (Read more).