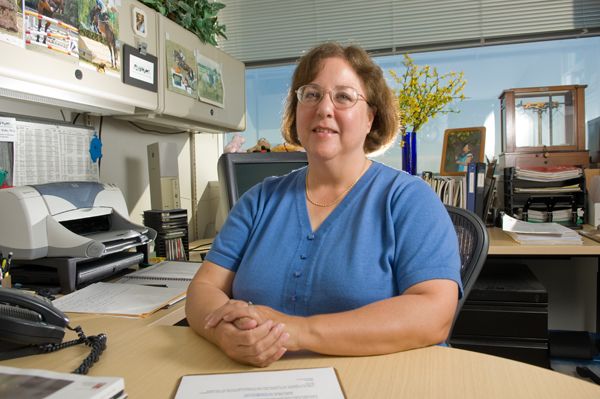 Research in my laboratory is focused on the study of bacterial pathogenesis: how bacteria cause disease in humans and animals. At this time, the major focus of our research is Actinobacillus pleuropneumoniae (APP), the causative agent of porcine pleuropneumonia, a severe and often fatal respiratory disease of swine. This organism is of interest to us for two reasons: it is a pathogen of significant economic importance in the United States and worldwide, and development of improved vaccines and diagnostic tools would be of benefit to the swine industry; and it is an excellent model for the study of the pathogenesis of pneumonia caused by similar organisms in humans and other animals of veterinary importance.

A major goal of our research on APP is to identify genes encoding proteins involved in pathogenesis, either as virulence factors, regulatory molecules, or components of pathways necessary for survival in the host animal. We developed a genetic system, termed an in vivo expression technology (IVET) system, that allowed us to identify APP genes that are specifically turned on in the host animal during infection and are turned off in vitro on standard laboratory media. Using this IVET system, we identified over 50 such genes, and are currently studying the role of these genes in the disease process as well as how these genes are regulated. One example of these in vivo induced genes is ohr, which encodes an organohydroperoxide reductase that we postulate may help APP survive oxidative stress produced by neutrophils in the infected lung. The ohr gene is located on a pathogenicity island that is found in only a few serotypes of APP. Another in vivo-induced gene is ilvI, which encodes an acetohydroxy acid synthase required for the biosynthesis of branched chain amino acids. We have shown that this enzyme is required for full virulence of APP, as is the lrp gene, encoding leucine-responsive regulatory protein, which regulates the expression of ilvI and many other APP genes. As part of this work, we have demonstrated that the lung environment contains only limited amounts of branched chain amino acids, and that amino acid limitation acts as an environmental signal to modulate expression of APP genes. Using APP microarrays that we have designed, we are currently studying the response of APP to amino acid limitation, as well as the role of regulators such as Lrp in control of virulence-associated genes in this pathogen. This research is broadly applicable to understanding the pathogenesis of respiratory diseases in other animals of veterinary importance as well as in humans.

My lab is also involved in several interrelated projects studying pathogens that are causes of lung disease in persons with cystic fibrosis. We are part of a team investigating genes required for virulence in different hosts of the opportunistic pathogen Burkholderia cenocepacia, including evolution of key phenotypes in vivo during infection. We are also collaborating with Dr. Bruce Uhal to study the lung fibrogenesis and repair in cystic fibrosis, using Pseudomonas aeruginosa and B. cenocepacia infections in CFTR- mice.