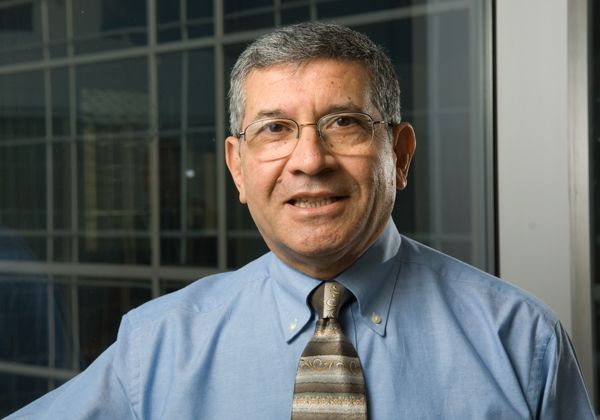 The main focus of our research interests have been on the study of the molecular and immunological aspects of infections caused by the Stramenopilan Oomycete pathogen Pythium insidiosum. This fungal-like organism causes pythiosis, a life threatening disease in humans and other animals, in the tropical and subtropical areas of the world including the USA. During the past 10 years, we have studied its in vitro life cycle, introduced several immunological diagnostic assays, and developed an immunotherapeutic vaccine to treat the disease. The laboratory research efforts have centered on this curative vaccine that have already save the lives of several hundred horses, and at least five out of eight humans with terminal pythiosis in their arteries. Our hypothesis is that the therapeutic vaccine works by switching the TH2 response, in place during natural infection, to a TH1 protective immunity. Several lines of evidence support this tenet. For instance, after vaccination the eosinophilic inflammatory reaction, typical of the diseases, changes to a mononuclear response (macrophages and lymphocytes). Moreover, our preliminary data showed that IL4 is always present during pythiosis. However, after vaccination an increase of IL2 and a decrease of IL4 are found in cured human patients. We believe that the down regulation of the TH2 subset and activation of the TH1 response are behind the vaccine's curative properties. Presently, we are investigating this hypothesis in an animal model and characterizing the P. insidiosum's genes that encode the immunogens involved in this response.

Other research interests involve the study of the fungal-like organism, Rhinosporidium seeberi, and the fungal pathogen, Lacazia loboi. Due to the fact that these two organisms are intractable to culture, both remained a taxonomic mystery for several decades. Our laboratory, using molecular approaches, recently found that R. seberri was a protistan organism very close related to fish pathogens such as Dermocystidium and Ichthyophonus. We created a new class, the Mesomycetozoea, to include these and other phylogenetically related microbes. Using similar approach, L. loboi was found to be phyologentic related to the fungal pathogen Paracoccidioides brasiliensis and to the other dimorphic Onygenales. Current research is focused on molecular topics related to these two uncultivated microbes.