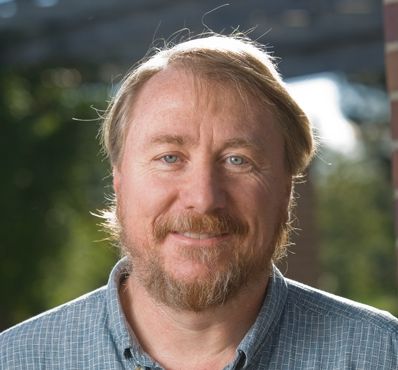 The main focus of my lab is on experimental evolution. Evolution is usually investigated using the comparative method or by studying fossils. Our approach is to watch evolution as it happens, in the context of experiments that are replicated and performed under controlled conditions. The idea of watching evolution in action is not new. In fact, Charles Darwin, in the first edition of On the Origin of Species (1859, p. 187), said "In looking for the gradations by which an organ in any species has been perfected, we ought to look exclusively to its lineal ancestors ; but this is scarcely ever possible, and we are forced in each case to look to species of the same group, that is to the collateral descendants from the same original parent-form."

In order to study evolution as it happens requires either a time machine (which we don't have) or else organisms that replicate, mutate, and evolve very fast, so that we can detect changes on a reasonable time scale. In our research, we are now performing experiments with two different fast-evolving systems:

In both systems, we are investigating the dynamics of evolution, including genomic as well as phenotypic changes. We aim to integrate our understanding of these genomic and phenotypic changes by identifying and manipulating the genetic and ecological determinants of organismal performance and fitness. The approaches we use to draw these connections span a wide range, from finding specific mutations of interest to analyzing arrays that summarize the relationship between the entire genome and all the phenotypes that it encodes. By using two very different systems, we seek commonalities that may indicate more general features of evolving systems. Of equal interest, major differences between these systems may lead us to further experiments that explore the reasons for particular outcomes.