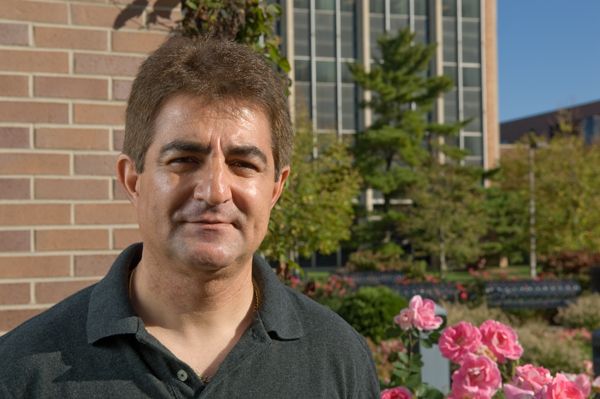 Life at high temperatures: A blast from the past

Our research focuses on the significance and diversity of dissimilatory metal reduction in extremophilic environments. Modern hot environments such as those found in hydrothermal vents are of great interest to the scientific community because they resemble those ancient environments where life first arose on Earth and also share many characteristics with environments in other planets where life may have actually existed. Evidence to date strongly indicates that Fe(III) respiration may have been one of the first, if not the first, forms of respiration in a hot, early Earth. The abundance of Fe(III) minerals in many modern and ancient hot environments suggests that studies of Fe(III)-reducing hyperthermophilic microorganisms are likely to be instrumental in understanding how life originated and evolved at high temperatures. The isolation and characterization of novel hyperthermophilic, Fe(III)-reducing microorganisms has greatly increased our understanding on how microbes can live and thrive in such inhospitable environments. The study of these amazing microbes leads us into how life might have arisen on Earth and has implications in our search for traces of life in other planets.

One of the more interesting hyperthermophilic iron-reducing microorganisms isolated by us is strain 121, Popular Science's "Extremophile of the Year". Strain 121 grows at temperatures higher than previously reported for any organism and is currently in the Guinness Book of World Records as the "Most heat-tolerant water-based organism". Strain 121 grows at 121 °C (250 ° Fahrenheit), the temperature used in sterilization systems, such as autoclaves, to prepare microbe-free equipment and media. This temperature was previously thought to kill all living organisms. The finding that microorganisms have the ability to grow at these high temperature has implications for delimiting when and where life might have evolved on a hot, early Earth; the depth to which life exists in the Earth's subsurface; and the potential for life in hot, extraterrestrial environments. Furthermore, enzymes capable of functioning at high temperatures have a number of industrial applications.

The study of hyperthermophilic Fe(III)-reducing microorganisms provides valuable insights into microbial respiration in a diversity of modern and ancient hydrothermal systems. In addition, it provides information about the fate of other metals such as uranium, technetium, and even gold. Reduction of these metals by hyperthermophiles provides, for example, a likely explanation for a number of geologically, environmentally and economically important ore deposits. This allows us to identify geological signatures for biological processes, something that may prove instrumental in our search for life in other planets.