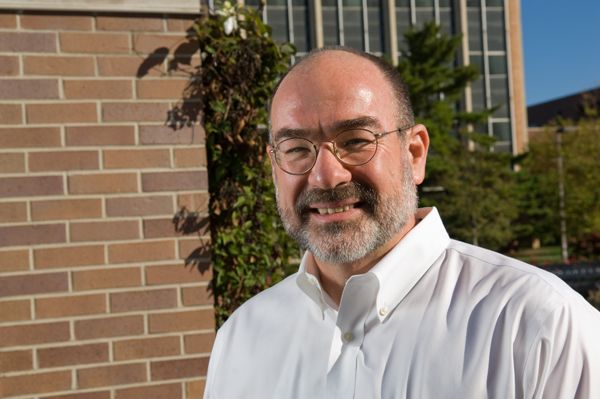 One can search for tests previously provided here at the website http://research.vet.upenn.edu/WSAVA-LabSearch.

Genetic diseases are nature's "knockout" experiments, occurring spontaneously in all species. The purpose of the Laboratory of Comparative Medical Genetics is to define inherited disorders that occur in companion animals, and to create genetic tests for the public. Investigation of these disorders provides novel insight into normal physiologic functions and the benefits of improved control of the disease in animal populations. Well-characterized disorders also serve as models of human genetic disease. Those animals that are found exhibiting a true orthologue of human disease are a valuable resource for developing understanding of underlying mechanisms of disease and innovative treatment modalities, including gene therapy. In other instances, the investigation reveals a previously unrecognized disease gene and new aspects of cell biology. Characterization of these disorders requires an integrated, multidisciplinary approach that may begin in the clinic, but which subsequently involves laboratory techniques of biochemistry, cell biology, and molecular genetics. The recent canine and feline genome maps and ongoing sequencing of these genomes are providing exciting new prospects for these investigations.

New mutations arise spontaneously in all species and breeds and are nobody's fault. Usually the new mutation causes no problem as a single copy until a mating of two carriers produce offspring that are homozygous for the new mutation. Due to breeding practices, most disease-causing mutations are breed specific. Over the years we have discovered different mutations that cause selective intestinal cobalamin (vitamin B12) malabsorption with proteinuria (a.k.a Imerslund-Grasbeck syndrome or I-GS) in several dog breeds, including giant schnauzers, Australian shepherds, border collies, beagles and Hungarian komondors. All of these have been published and are in the public domain. Several laboratories world-wide offer test for these mutations. Affected dogs show a long course of vague clinical signs including poor appetite, chronic or intermittent diarrhea, poor body condition, weakness, and delayed growth. Laboratory findings include mild nonregenerative anemia with megaloblastic bone marrow, selective proteinuria, methylmalonic aciduria, and homocysteinemia. Affected dogs that are not diagnosed early may exhibit neurologic signs caused by hepatic encephalopathy or ketoacidosis and can die if not treated. Clinical diagnosis is clear when serum cobalamin concentrations are undetectable. Treatment is simple and effective (1 mg cyanocobalamin administered SQ or IM, once a month for life). I-GS in dogs is an autosomal recessive defect in the expression of the intrinsic factor-cobalamin receptor in intestine and the same complex that functions as a multiligand receptor in kidney tubules. The functional receptor complex is made of 2 proteins, cubilin and amnionless, and the complex is referred to as cubam (Fyfe JC et al., 2004). To date the canine disorder is the only known spontaneously occurring animal model of a vitamin malabsorption as well as of the human disorder. Analysis initiated by whole genome scan for linkage led to the discovery that affected giant schnauzers and Australian shepherds have mutations in amnionless (He Q, et al., 2005).  In contrast, cubilin mutations cause I-GS in border collies, beagles and komondors (Fyfe JC et al., 2013, 2014, 2018).

Spinal muscular atrophy (SMA) is the most common recessive disorder lethal to infants and the second most common pediatric neuromascular disorder. SMA is a lower motor neuron disorder which results in denervation atrophy of skeletal muscle. In humans, most cases are due to mutations of the survival of motor neuron gene (SMN1), but the disorder has wide phenotypic variability and is genetically heterogeneous. We investigated a form of juvenile-onset SMA that occurs as an autosomal recessive trait in Maine coon cats that was brought to our attention by a breeder that lives locally. Published results (He Q et al., 2005) indicate that the SMN locus is not altered in the affected cats, but that the disorder appears to be failed radial enlargement of motor axons in the early juvenile period (Wakeling EN et al., 2012). A whole genome scan for linkage revealed a large deletion that abrogates expression of two genes (Fyfe et al., 2006), one of which is preferentially expressed in postnatal lower motor neurons but which is currently a gene of unknown structure or function.

Keeping with the theme of neuromuscular disease, we also investigated an autosomal recessive neurodevelopmental abnormality in a family of dogs that affects function of motor neurons throughout the central nervous system. Affected fetuses become immobile late in gestation and are born with global fixation of joints. In addition, there is neuroaxonal dystrophy in specific nuclei and nerve tracts in the brainstem, cerebellum, and spinal cord, similar to infantile onset neuroaxonal dystrophy in humans (Fyfe JC et al., 2010). The axonal pathology causes fetal-onset loss of skeletal muscle innervation and the ensuing immobility. Another feature of the disease is pulmonary hypoplasia like that seen in several human fetal and newborn pathologies. The molecular basis of this disorder is a 3-nucleotide deletion in mitofusin 2 (Fyfe JC et al., 2011).

Glycogen is the storage form of readily available glucose in animals. The glycogen storage disorders (GSD) are metabolic disorders that typically result in tissue accumulation of excessive or abnormally structured glycogen. These often cause liver and muscle disease and may or may not cause neuronal degeneration, hypoglycemia, and/or heart failure. GSD type IV is an autosomal recessive disorder of Norwegian forest cats previously defined in the United States (Fyfe JC et al., 1992) that causes degeneration of neurons and cardiac and skeletal muscle with death ensuing before a year of age. Hypoglycemia in the immediate postnatal period often causes weakness and death unless treated. The disorder is due to a mutation of the glycogen branching enzyme gene (Fyfe JC et al., 2007) and storage of abnormally structured glycogen (long outer chains).

In contrast GSD type IIIa (GSDIIIa) is an autosomal recessive disorder that causes liver and skeletal muscle disease due to deficiency of the glycogen debranching enzyme (GDE) and tissue storage of abnormally structured glycogen (short outer chains, a.k.a. limit dextrin). This disorder was recently discovered in an extended family of curly coated retrievers (CCR), with carriers found in USA, Canada, Finland, Australia, and New Zealand (Gregory BL et al., 2007) and is due to a single base deletion in the GDE gene. Affected dogs experience episodic hypoglycemia, and liver and muscle disease evidenced by abnormal leakage of liver and muscle enzymes into plasma. There is also progressive hepatic fibrosis (Yi H et al., 2012). In collaboration with investigators at Duke University, these dogs are presently used to explore potential therapies applicable to human GSD IIIa patients.

Hypothyroidism in the neonatal period results in dwarfism and severe mental retardation. Therefore, it is imperative that congenital hypothyroidism (CH) be diagnosed and treatment instituted early in life. Inherited CH may be due to defects of the hypothalamus, pituitary, or thyroid glands. We are presently investigating two forms of CH in dogs, both of which are recessive traits resulting in growth and behavioral abnormalities. One is a signal transduction defect of thyrotrophs, the pituitary cells responsible for production of thyroid stimulating hormone. Investigation has ruled out involvement of all loci known to cause a similar disorder in humans or mice, and a genome scan for linkage is under way. The second is severe CH with goiter (CHG) apparent by a week of life due to thyroid follicular cell failure to utilize iodide in production of thyroid hormones. Biochemical analysis suggested involvement of the thyroid peroxidase (TPO) gene, a well-described origin of CH in humans, and we have described distinct TPO mutations causing CHG in toy fox, rat and Tenterfield terriers, Spanish water dogs, and a French bulldog (Fyfe JC et al., 2003; Pettigrew R et al., 2007; Dodgson SE et al., 2012; Fyfe JC et al., 2013; Major S et al., 2015). More recently, in collaboration with a group in Argentina we described a mutation of the sodium/iodide symporter gene (NIS, a.k.a. SLC5A5) in Shih Tzu (Soler Arias EA et al., 2018).

In each of the disorders described above, definition of the molecular basis of the disorder is a primary objective, not only for the expected insights into pathophysiology and the development of valuable animal models, but also so that molecular tests may be developed to determine which animals in a breeding population are carriers of these recessive disorders. In our opinion, prevention through carrier detection is the only real solution to the problem of genetic disease in companion animal populations.