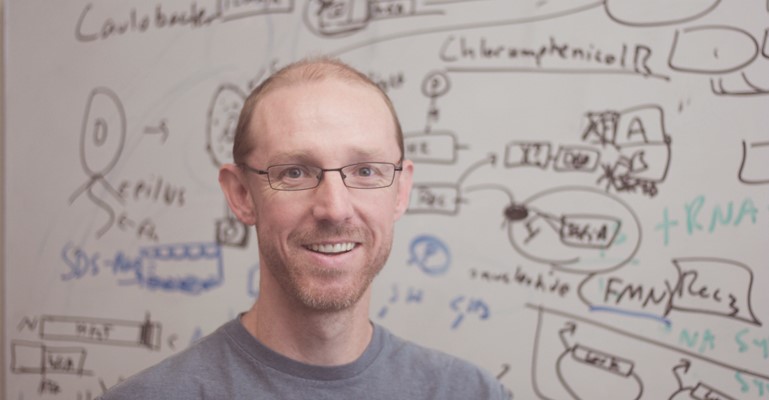 Our group investigates the molecular basis of environmental adaptation in bacteria that inhabit niches ranging from freshwater, to soil, to the interior of mammalian cells. We utilize a cross-disciplinary set of experimental and computational tools to understand regulatory mechanisms that enable bacterial cells to adapt their physiology to changing environments.

Our studies primarily center on Alphaproteobacteria including mammalian pathogens of the genus Brucella, the freshwater and soil bacterium Caulobacter crescentus, and the marine photoheterotroph Erythrobacter litoralis. Research in the lab includes: