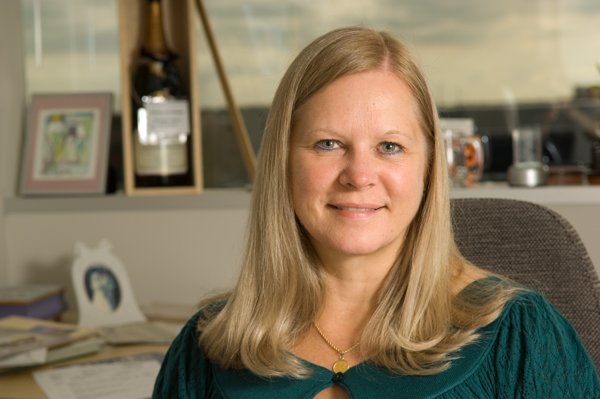 Infections with the sexually transmitted pathogen, Neisseria gonorrhoeae (GC, gonococcus) continue to be a significant public health problem in the US and worldwide, in spit of the development of antibiotics to treat bacterial infections. In order to develop successful preventative and treatment strategies for STIs such as gonorrhea, it is necessary to understand the adaptation of these pathogens upon transmission to a new host. The initial response of the bacterium to the environment of the new host is critical in that this will determine whether or not a successful infection will occur.

The overarching theme of the ongoing research in my laboratory is to understand how gonococci adapt when entering a new host, in particular, focusing on events that occur when gonococci enter the female urogenital tract. Upon transmission into a female host, gonococci come into contact and must adapt to i) the organisms of the normal flora, ii) the host innate immune system, and iii) the mucosal epithelia. The main projects in the laboratory focus on two of these signals: epithelial cells and normal microflora.

When N. gonorrhoeae enters the female erogenital tract, the critical first step is attachment to mucosal epithelial cells. Organisms that do not colonize are washing away with the normal flow of vaginal fluid. Thus, it is likely that this initial contact serves as a signal for the bacterium to modulate the expression of genes that are important to the survival of the organism in this complex environment.

In order to address this, we use a combination of approaches including a tissue culture model of gonococcal infection and DNA microarrays from N. gonorrhoeae with which we can examine global gene expression. Using these tools, we have shown that gonococci respond to epithelial cell contact by altering the expression of several genes, some of which are critical for subsequent steps of an infection. Current efforts in the lab are to identify and characterize the regulators involved in the response of gonococci to epithlial cell contact and to identify the molecular signals involved in the regulatory process. The goal is to understand how contact with host cells might promote pathogen survival in the host, and also to identify genes that encode factors important for bacterial colonization and survival. Characterization of previously unidentified and uncharacterized gene products, particularly those important in the infection process, may lead to new diagnostic, preventative, and therapeutic strategies for infections disease of the female reproductive tract.

Interactions with and response to orangisms of the vaginal microbiota

The human vaginal tract is known to be heavily colonized with bacteria, most of which are harmless to the host, and are even thought to play an important role in protecting the host from colonization by incoming pathogens. The healthy human female vaginal tract is populated with a high concentration of Lactobacillus species, which are considered to be the "good bugs" in this environment. Probiotics, composed of these "good bacteria" of the microbiota, are currently promoted as alternative treatments and preventatives for infections diseases, including those developed to promote the maintenance of vaginal health. A goal of our research is to understand the molecular mechanisms by which probiotics act in the vaginal tract, using N. gonorrhoeae as a model pathogen.

Using a tissue culture model of infection, our laboratory has shown that lactobacilli of vaginal origin can inhibit Neisseria gonorrhoeae--epithelial ell interactions at the level of both adherence and invasion, supporting the hypothesis that lactobacilli protect against infection by inhibiting critical early steps of the infection process. Current projects to follow up on these observations are 1) to identify and characterize components of vaginal lactobacilli that are involved in the inhibition of gonococcal interactions with host cells, and 2) determine the response of gonococci to lactobacilli at the level of gene expression. Our underlying hypothesis is that there is communication occurring between incoming pathogens and organisms of the vaginal microbiota, which affect the outcome following entry of the pathogen. This may serve as a way to protect the vaginal environment from incoming pathogens.