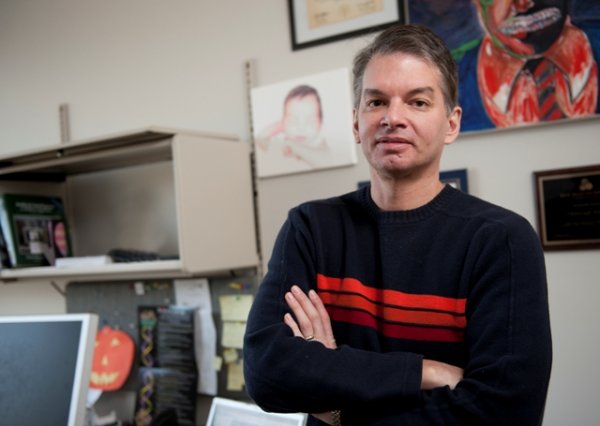 Welcome to the Adami Lab at Michigan State University. We use tools from evolutionary biology, systems biology, computer science, and cognitive sciences to understand how simple rules give rise to complex systems and behaviors. Our main areas of interest are (in no particular order):

Dr. Adami is Professor for Microbiology and Molecular Genetics & Physics and Astronomy at Michigan State University in East Lansing, Michigan. As a computational biologist, Dr. Adami’s main focus is Darwinian evolution, which he studies theoretically, experimentally, and computationally, at different levels of organization (from simple molecules to brains). He has pioneered the application of methods from information theory to the study of evolution, and designed the “Avida” system that launched the use of digital life (mutating and adapting computer viruses living in a controlled computer environment) as a tool for investigating basic questions in evolutionary biology. He was also a Principal Scientist at the Jet Propulsion Laboratory where he conducted research into the foundations of quantum mechanics and quantum information theory. Dr. Adami earned a BS in physics and mathematics and a Diplom in theoretical physics from the University of Bonn (Germany) and MA and PhD degrees in physics from the State University of New York at Stony Brook. He wrote the textbook “Introduction to Artificial Life” (Springer, 1998) and is the recipient of NASA’s Exceptional Achievement Medal. He was elected a Fellow of the American Association for the Advancement of Science (AAAS) in 2011.

For more information on Dr. Christoph Adami and his accomplishments visit http://adamilab.mmg.msu.edu/chris-adami/