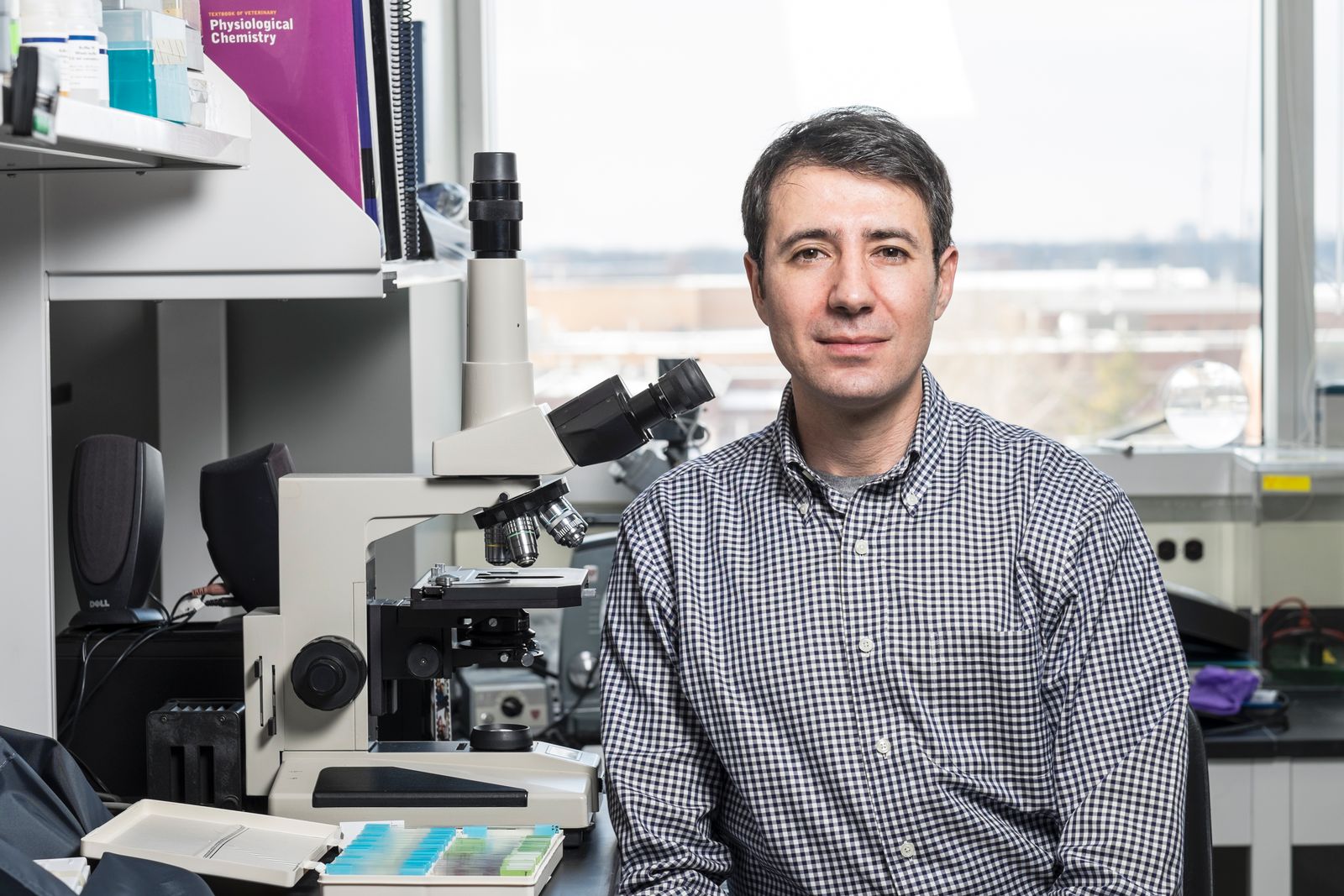 Mycobacterium tuberculosis causes tuberculosis in humans and is one of the leading causes of death by an infectious disease.  A signature feature of M. tuberculosis pathogenesis is that the bacterium survives inside macrophages, a host immune cell that kills many other bacteria.  The goals of my research program are to: 1) characterize how M. tuberculosis adapts to life inside a macrophage, and 2) apply these discoveries towards the development of new drugs. To achieve these goals we are utilizing genetic, genomic, and biochemical approaches to characterize new genes and proteins that enable M. tuberculosis to succeed as an intracellular pathogen.  These findings are then translated into high throughput screening (HTS) platforms to identify small molecule compounds that interfere with M. tuberculosis adaptation physiology.  In summary, the mission of my lab is to make basic research discoveries that jump-start the development of new drugs to treat tuberculosis.

An ongoing focus of my research group is examining how M. tuberculosis responds to acidic pH.  One of the first cues sensed by M. tuberculosis following phagocytosis is the acidic pH of the macrophage endosomal-lysosomal system.  Using microarrays, we have identified two loci, phoPR and aprABC, that act in a genetic pathway to sense and respond to pH.  Efforts are underway to characterize the physiological and biochemical functions of PhoPR and AprABC as well as the function of several genes downstream of the phoPR-aprABC pathway.

To dissect the genetics of pH-driven adaptation, we generated an acid and macrophage-inducible fluorescent reporter strain by fusing the aprA promoter upstream of green fluorescent protein (GFP). This aprA’::GFP reporter functions as a synthetic phenotype and was used in a forward genetic screen to identify suppressor of aprA expression mutants.  This screen identified several M. tuberculosis mutants that do not exhibit acid inducible fluorescence.  Initial characterization of these mutants supports a role for central carbon metabolism in pH-regulated adaptation.  Further characterization of these mutants will describe a network of genes that play a role in macrophage adaptation.

Our studies of pH-driven adaptation have been translated into a novel drug discovery platform.  Modulation of gene expression by phoPR is essential for M. tuberculosis pathogenesis and the phoPR mutant is strongly attenuated for growth in macrophages, mice and guinea pigs.  Genetic disruption of phoPR causes a nearly complete loss of GFP fluorescence driven by the aprA’::GFP reporter fusion.  Therefore, a HTS for compounds that inhibit aprA’::GFP reporter fluorescence will enable the discovery of inhibitors that target the phoPR pathway.  This HTS platform represents a whole cell assay for inhibitors of a validated drug target.  Compounds identified in the HTS will be characterized as potential new drugs as well as new research tools to modulate M. tuberculosis physiology.

My lab has focused on pH as a host cue, however, efforts are underway to study other host cues including: carbon nutrient source, reactive oxygen and nitrogen species and hypoxia. As described above, microarrays, fluorescent reporters and genetic screens have been employed for initial studies of these additional host cues.  Several projects related to the described research are available for interested students or post-docs.