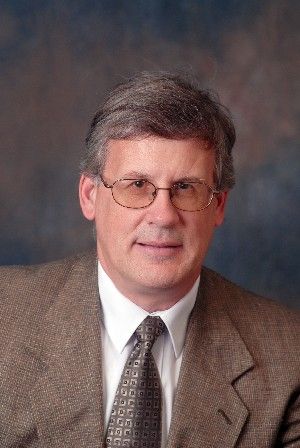 Campylobacter jejuni is the most prevalent causative agent of bacterial food borne disease in the US. Up to 4 million disease cases, over 100 deaths, and billions of dollars in direct and indirect costs are associated with human infection annually prompting widespread concern. In response to this concern, C. jejuni was listed as a Category B Priority Pathogen within NIAID's Biodefense Research Initiative. Although virulence factors are reported to play a role in the disease process (eg. cytolethal distending toxin and flagella), these alone are not likely sufficient to explain the impressive disease statistics. We propose that two genetic processes explain, at least in part, C. jejuni's unique prowess as a pathogen: 1) C. jejuni generates striking genetic diversity in several contingency genes by slip strand mutagenesis (mutations in up to 50% of the cells in the population); and 2) C. jejuni transfers genetic material to other cells in a population with a high degree of specificity and at high frequency via natural transformation (NT). The hypothesis is that these two engines of genetic diversity, rapidly generate sub-populations of C. jejuni with novel combinations of genetic traits (antibiotic resistance markers, virulence genes, immunogenic surface molecules) allowing bacterial cells to adapt to a wide variety of host environments; this adaptation results in cells with enhanced ability to evade or alter the host immune response, to invade tissue in the GI tract, and to generate acute and chronic disease symptoms. Our long term goal is to understand the association between genetic diversity and virulence in C. jejuni. The short term goal is to develop a better understanding of the genetic mechanisms that drive genetic diversity in C. jejuni. To obtain this goal we are currently pursuing the following specific aims: 1. Explore the role of uptake sequences and competence genes in NT. 2. Measure rates of NT of antibiotic resistance genes, virulence genes, and contingency genes in an animal model (pig) of the human GI tract. 3. Measure the frequency of mutation in contingency genes in the pig GI tract. Determine the frequency of specific genotypes and range of different genotypes among pig GI tract isolates. The basic knowledge derived from these studies should directly increase our understanding of the disease process and be applicable to the development of measures to prevent and alleviate disease and its debilitating sequellae in humans.

Aflatoxins are biologically active secondary metabolites that frequently contaminate food and feed crops such as peanuts, treenuts, corn, cottonseed; the annual cost of detecting and diverting contaminated crops is estimated at nearly $500,000,000 annually in the US. Our goal is to identify novel and effective procedures to reduce or eliminate aflatoxin contamination. We are currently conducting research in several related areas: 1) understand the structure and function of aflatoxin gene promoters including identification and characterization of novel transcription factors; 2) understand the gene cluster effects on aflatoxin gene expression; 3) understand the role of cAMP and ethylene signaling pathways in regulation of aflatoxin synthesis; 4) understand the physical interaction of the aflatoxin enzymes and their localization with fungal colonies and cells.